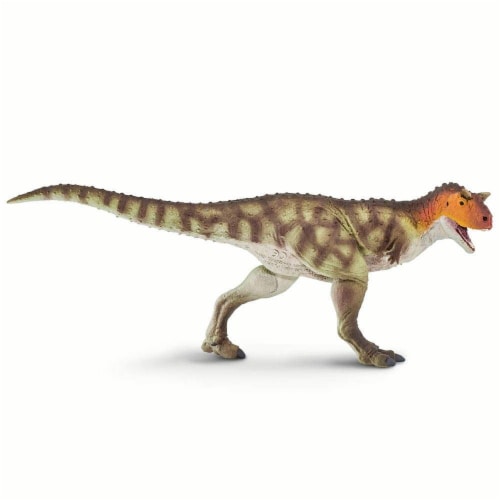 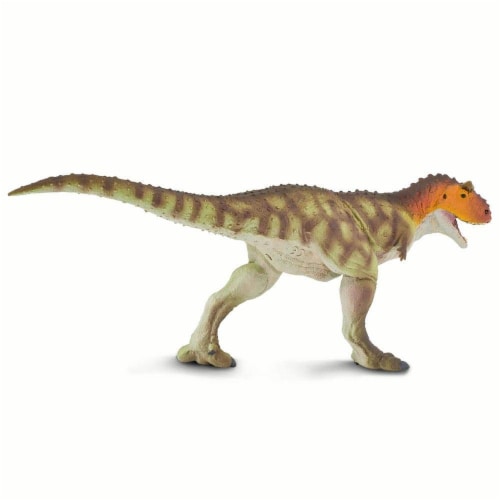 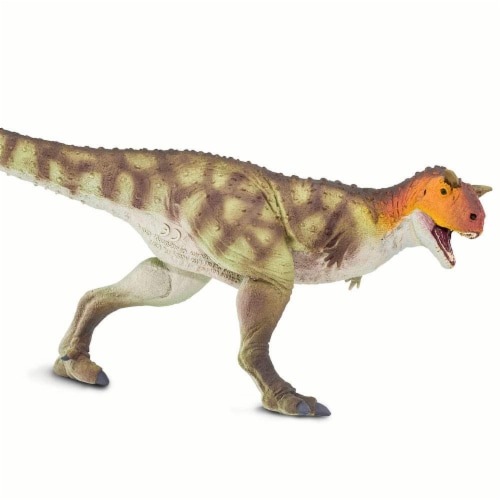 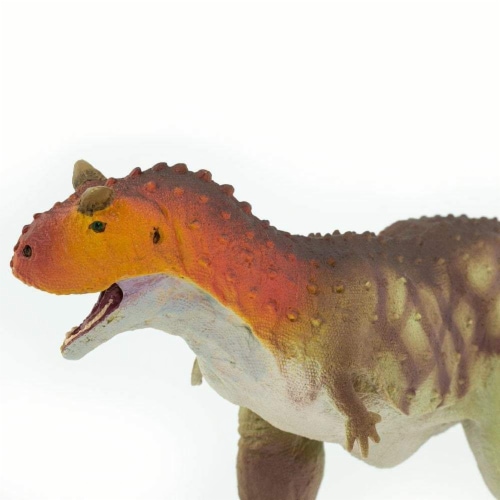 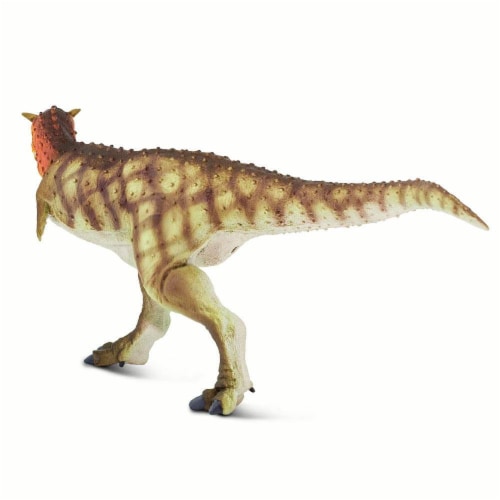 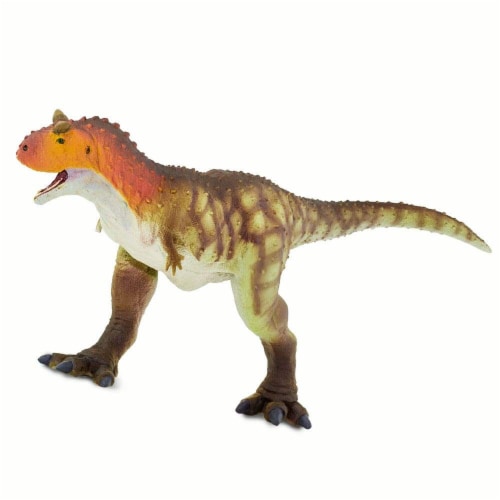 Hover to Zoom
Item 1 of 6 is selected.

One of the most unique Theropod dinosaurs ever discovered, Carnotaurus had many features that make it unlike any other dinosaur, including its unusually deep skull topped with two short, spiky horns. This meat eater lived around 70 million years ago in what is now Argentina.

Carnotaurus is one of the few Theropods found with well preserved skin impressions that give us a better idea of how the dinosaur looked in life. At least part of its body was covered in raised knobby â€œscutesâ€ that may have served to protect Carnotaurus as they engaged in combat with each other, perhaps to impress a mate. This is also believed to be the reason for its thick, powerful neck and the horns above its brow.

Characteristics: This Carnotaurus toy is scientifically accurate and highly detailed, showing off this dinosaurâ€™s many unique traits, including its deep skull, spiked brow horns, tiny arms and bumpy knobs covering its body. It is sculpted in a walking pose, perhaps on the prowl for a Saltasaurus to eat.

Size: This Carnotaurus toy figure measures nearly 11 inches long and is 4 inches tall. Itâ€™s about as long as a standard American ruler.
The Carnotaurus is part of the Wild SafariÂ® Prehistoric World collection.
All of our products are Non-toxic and BPA free.