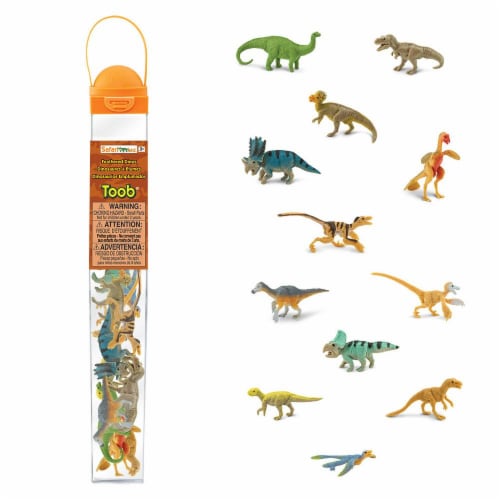 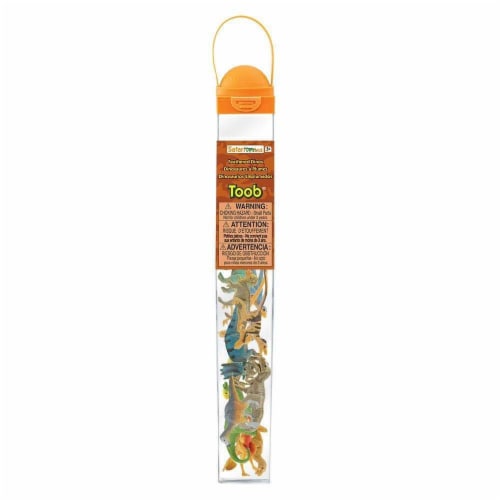 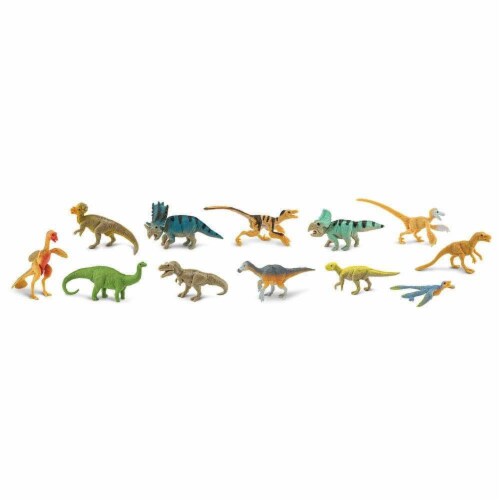 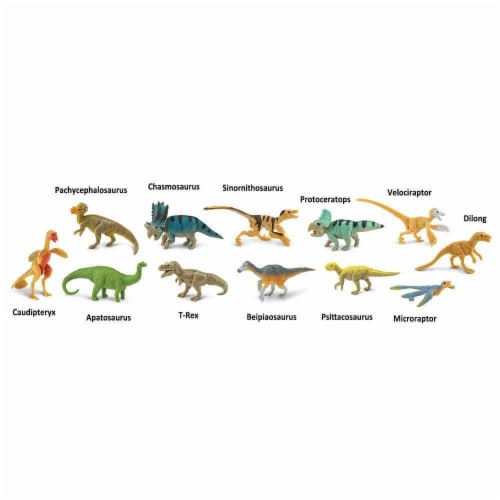 Hover to Zoom
Item 1 of 4 is selected.

Recently, scientists have discovered that many dinosaurs were feathered! This Toob includes a feathered Psittacosaurus, Protoceratops, Pachycephalosaurus, Chasmosaurus, Apatosaurus, T-rex, Caudipteryx, Dilong, Beipiaosaurus, Microraptor, Velociraptor and Sinornithosaurus. History: The actual hypothesis that birds were descendants of dinosaurs was suggested as early as the mid-19th century by biologist Thomas Henry Huxley. However, without significant evidence, Huxleyâ€™s theory never gathered steam. It wasnâ€™t until 1969 when John Ostrom found a theropod (a suborder of dinosaurs) which had a skeletal structure that was almost identical to modern birds. This caused a much more systematic search for fossils of feathered dinosaurs, which were eventually discovered in the mid 1990â€™s. Characteristics: Although scientists arenâ€™t sure why dinosaurs evolved to have feathers, one thing thatâ€™s certain is that they were not capable of flight like modern day birds. While there are many theories, such as heat regulation and defense tactics, perhaps you will be the one to finally solve the riddle with careful study of these accurately sculpted and researched figurines! These figures make excellent Montessori toys for lessons about ancient natural history. Size: All 12 dinosaur figurines in this Toob range from 1.25 to 3.75 inches tall while the Toob itself measures 1.5 inches long, 1.5 inches wide, and 12.8 inches tall, about the size of a standard American ruler. All of our products are Non-toxic and BPA free 12 pieces per TOOBÂ®. Contents Cannot Be Purchased Individually.