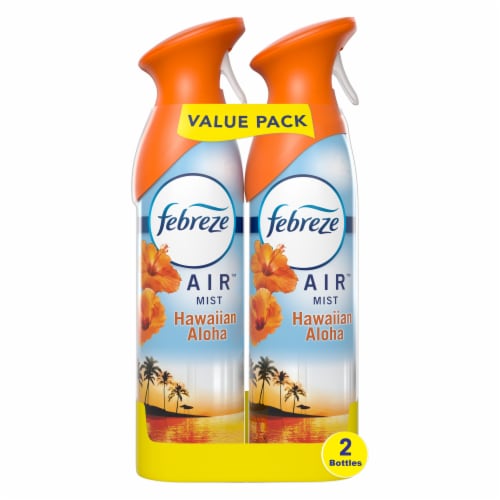 Odors. They're everywhere… lingering in the air or arising at the most awkward times. Forget masking them with some froo-froo spray; Febreze Air Effects actually eliminates air odors. This can of ahhh-some straight up removes stink with a neat little molecule called cyclodextrin.Spray the air in a sweeping motion throughout the entire room to clean away odors from everyday pet and bathroom smells to stubborn smoke and leftover cooking odors. With Febreze AIR freshener, you can clean odors out and invite freshness in.