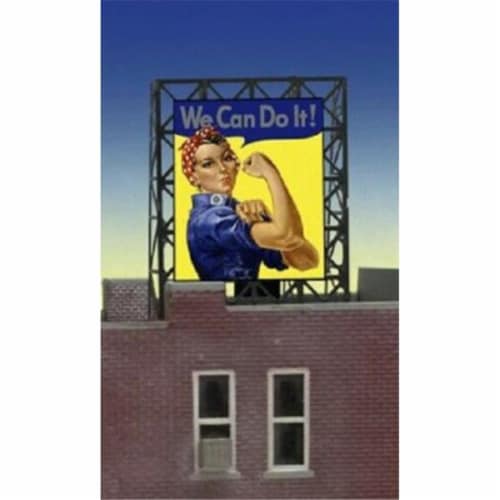 We Can Do It is an American World War II wartime poster produced by J Howard Miller in 1943 for Westinghouse Electric as an inspirational image to boost female worker morale The poster was not widely seen during World War II It was rediscovered in the early 1980s and widely reproduced in many forms often called We Can Do It but also called Rosie the Riveter after the iconic figure of a strong female war production worker Specifications . Age Range 14 . Gauge HO O Scale