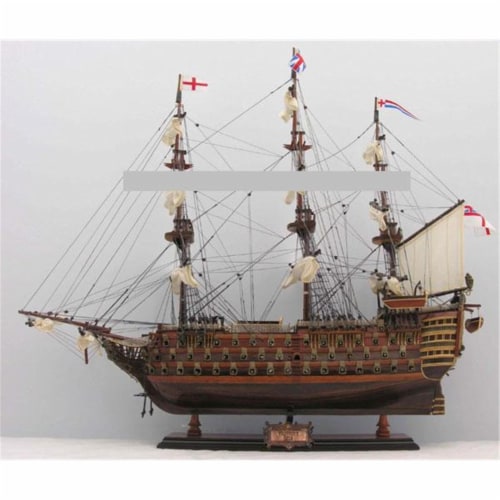 This is a museum-quality version of The HMS Victory. The HMS VICTORY was launched on May 7 1765. The VICTORYs fame was due to the fact that as dawn neared on October 21 1805 under the British flagship she took part in the momentous battle of Trafalgar Spain and completely defeated the Franco-Spanish fleet with her powerful cannons that can fire half a ton of iron shot more than a mile. She now rests at Portsmouth England. It measures 30L x 10W x 27H inches.