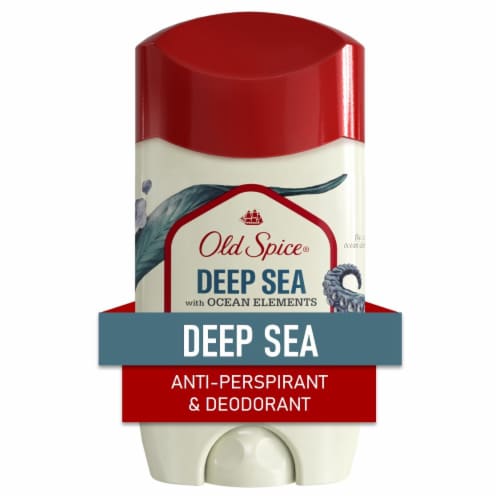 The best smells on earth are the smells that you haven't even smell yet. Whether that's true or not, it's impossible to prove us wrong, so don't even try. That's why we sought the freshness of the deep sea, one of the remotest places on Earth. It really makes you wonder if anyone has smelled the bottom of the sea before. Deep Sea with Ocean Elements smells like the sea: an unforgiving but — some would say — fair mistress, with the seaside smells of citrus and flowers. Old Spice Men's Invisible Solid Antiperspirant and Deodorant reduces armpit sweat, goes on invisible, and stays feeling dry. So bring the scent of your adventures home or smell like adventures you haven't ventured yet. We won't judge. Just do you, guy.