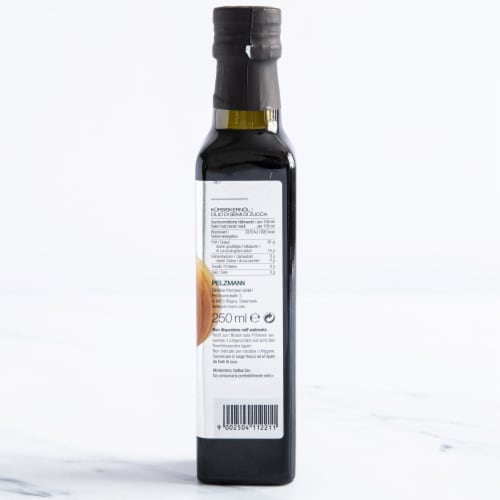 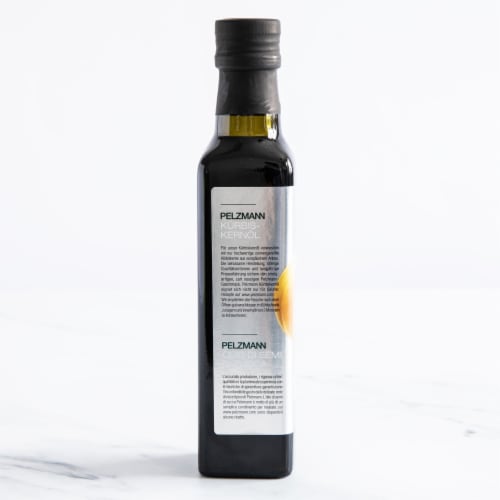 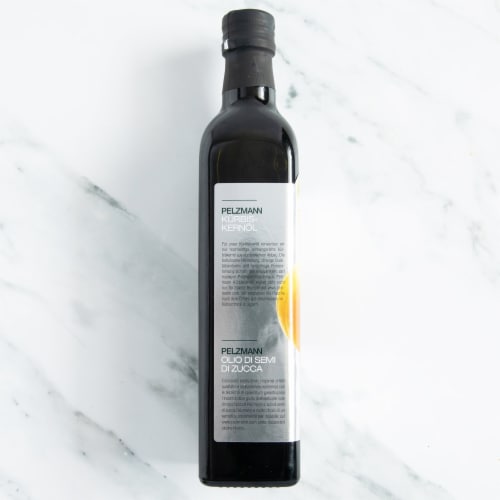 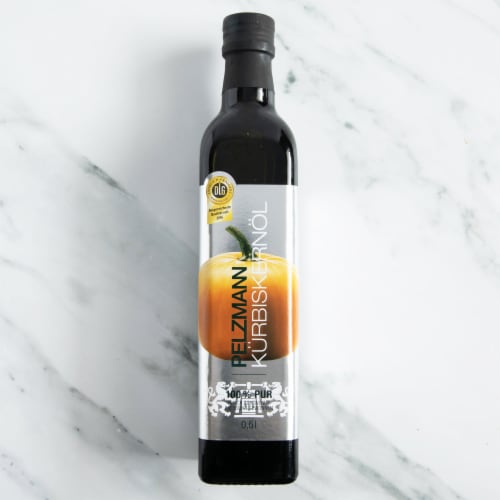 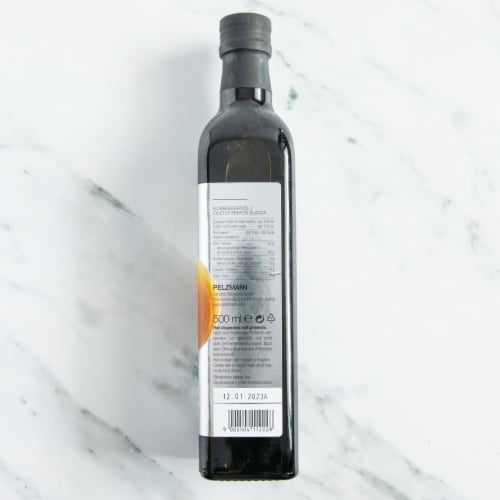 Hover to Zoom
Item 1 of 5 is selected.

Pumpkin seed oil is a specialty of Steiermark, or the Austrian province of Styria. This beautiful, lush province is located in the southeastern corner of Austria and borders on Hungary, Slovenia, and Italy. Styria's cuisine has, therefore, been greatly influenced by both eastern and western cultures. The Styrians are, however, a very stubborn people and hold on tenaciously to their native foods as well. One of these is pumpkin seed oil. Pumpkins grow very well in Styria, and her people have become well-versed in the pressing of oil from the seeds of these fruits. Our native extra virgin pumpkin seed oil comes from 100% pure Styrian pumpkin seeds. The seeds are roasted and then pressed to release a dark green oil with a rich, nutty flavor. This oil is used in nearly every traditional Styrian meal. One taste, and you will be hooked too.